Frequently Asked Questions: Please read these to see if your question is answered
​
Also, be sure to visit our Facebook page where we will discuss these issues from time to time.
﻿
1. When did the GT-100 first come out?
Guy Hedrick built the first one for himself in 1986, recorded and played out with it until 1995 when he decided to make the concept available to the public for the first time. That's when it took the form of the self contained GT-100 amp. The original from 1986 was a separate rack mount pre-amp and power-amp design.
​
2. What are the Dimensions of the GT-100, and GT-212 cabinet?​ 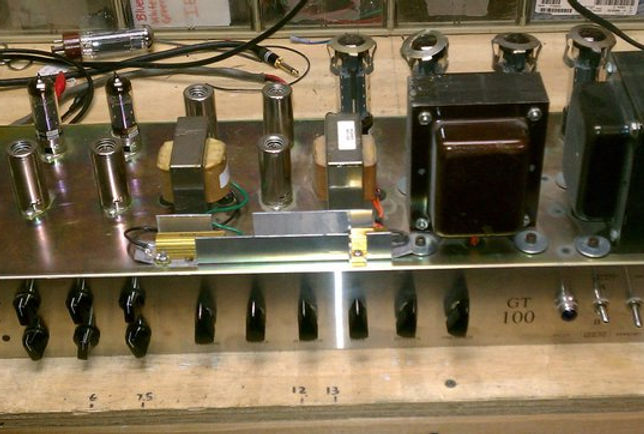 11. Should I ever sell my Guytron?
No.  Seriously, if you are thinking of selling, contact us
and let us know what you are thinking and why.  We
might have some ideas about how to address your
issues, including trading in for a new GT100 F/V.